Storming the Bridge - The Attack at Merida

Took my SCW stuff over to the club again, this time we played the Merida Bridge scenario from the "Atacer en Vencer" supplement for "Disposable Heroes"

Lee and Chris took the role of the defending FAI militia, and Steve and Guy had the Bridegrooms of Death, in the shape of La Legion. 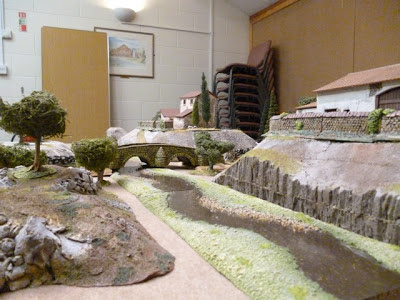 Here is the bridge itself, our one was not quite the same as the real bridge!! Bit harder to make that one. 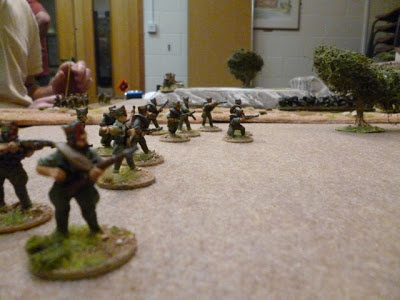 The Legionarios start a cautious advance, nothing showing from the town itself, but they know the FAI are there, somewhere. 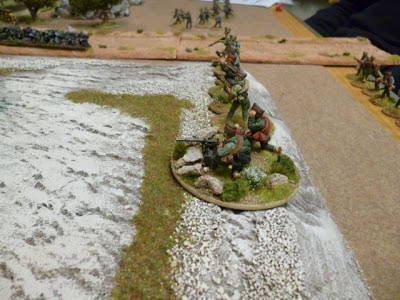 They move their HMG onto some high ground, to provide a bit of supporting fire. 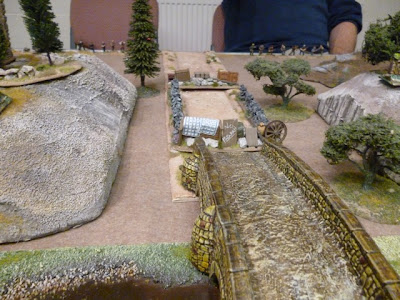 The FAI have set up a couple of barricades. No Pasaran. 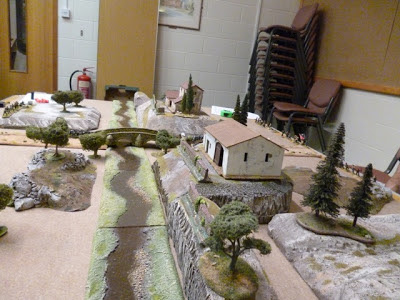 As the Legion advance, they come under withering fire from the far building. 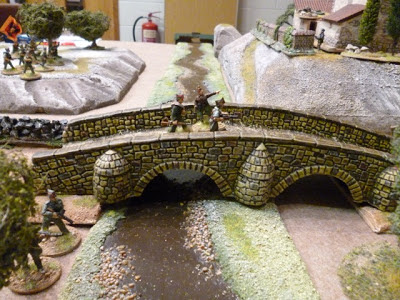 They reach the bridge, and more fire comes in, as The FAI Militia start to show themselves. A short, but intense firefight takes place, and some Militia units are driven back. The Legionarios start to cross. 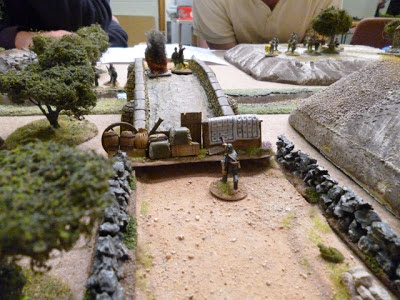 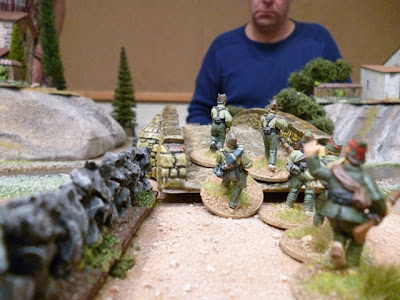 More Legionarios storm onto the bridge. 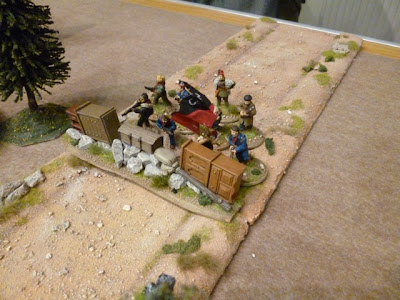 The Militia commander prepares to move his men forwards, to help stop the advance. 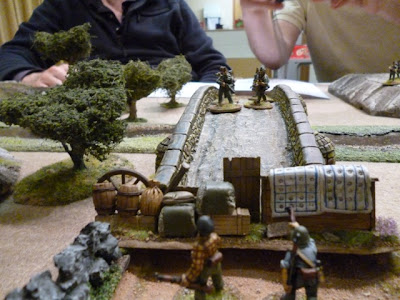 The Dinamiteros throw again, but to no avail, and the Legionarios charge over the parapet of the bridge 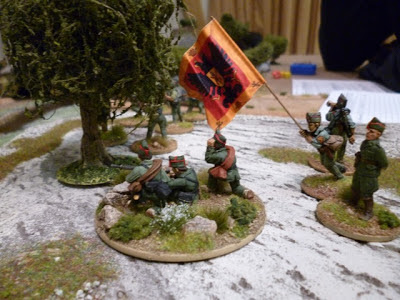 HMG supporting fire, helps to keep the militia pinned in place, until the crew are wiped out by the Militia's Lewis gun. 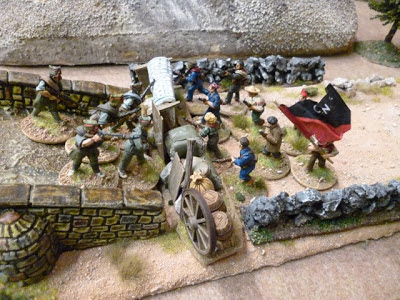 Viva La Muerte, the bridegrooms of death yell their battle cry, and crash into the barricade, a vicious close combat battle, and the Legionarios are  wiped out, but they take a lot of Militia with them. The last few militia make a gallant stand, but are finished off by rifle fire from the remaining Legionarios

A very narrow Nationalist victory, they now take the town of Merida, and can move on and attack Badajoz.

Thanks go out to Lee, Chris Steve and Guy for having a go, and joining in.

We enjoyed the game, even though we are not too "au fait" with the rules themselves, we may be looking into using the new Bolt Action rules for the period, as they look like they could play alot quicker, and be easier for pick up games. The Disposable Heroes SCW supplements will however, provide a very useful starting point for organising army lists, and scenarios for our future games. I shall keep you all posted.