I like getting all the kit out of my loft, packing it into the car, and trundling the 40 odd miles over to New Buckenham!!!  It always manages to inspire me to do some more painting, or plasticard mauling, and lets face it folks, yours truly needs a bit of inspiration at the moment.

So, its here I'm off to Sunny Spain, eh Viva Espana, or in this case, Viva El Cristo Rey, Cara al Sol, and No Pasaran! 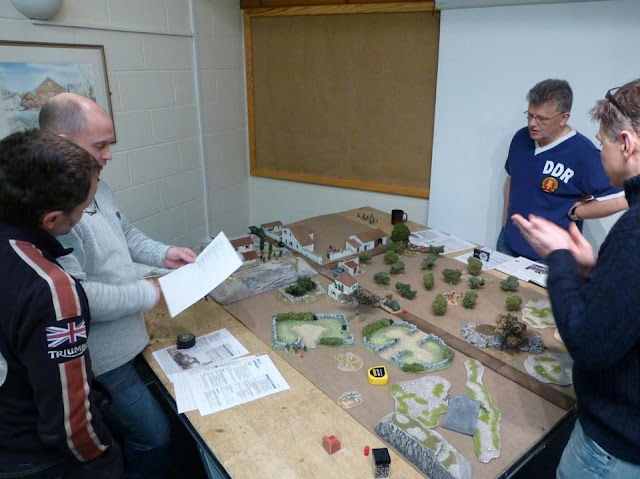 So here we are, the gang of four, from left to right, Stuart, Andrew, Lee and my goodself at the back, and this is the table set out for the game.
I've cobbled together a daft scenario. the FAI / CNT have picked up a downed pilot, their Column commander realises that the pilot is a German, from the Condor Legion, and being just that bit more "with it", than your average Anarchist, he has stuck him into a local house, and awaits the arrival of some Assaltos to take him back to Madrid.
In the meantime, the Condor  Legion has sent one of their advisors, with a scratch force of Carlist requetes, Falangista, and a unit of Guardia Civil, to try and get the pilot back!! 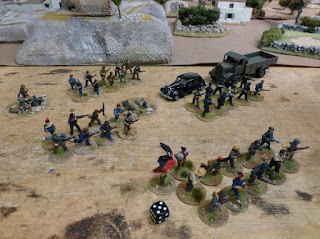 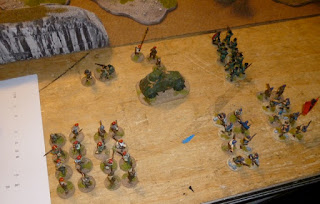 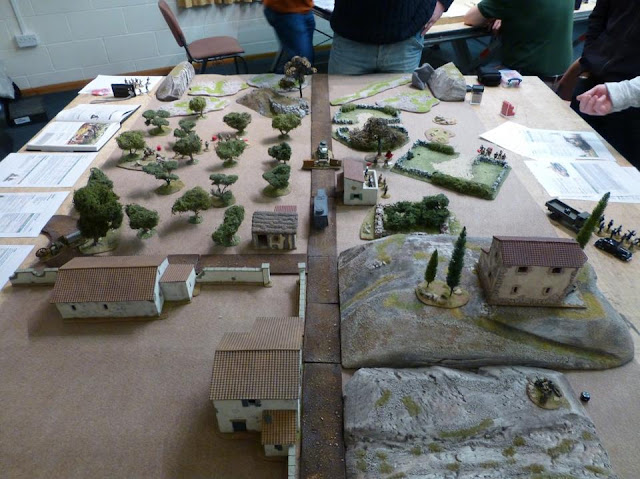 FAI / CNT take up positions in the village, and deploy in the buildings, they have the pilot in the house nearest the camera. They send their armoured truck down the road to try and hold up the advancing Nationalists.
The Nationalist force enters the table at the far end, the UNL35 races up the road to take on the Anarchist lorry, whilst the infantry make their way through the olive grove, and fields.

Rather than a blow by blow account, here is a selection of shiny pics taken on the night, Some of them are mine, and some are by Guy, our resident club photographer, you can see more of his pics on our facebook page
https://www.facebook.com/pages/New-Buckenham-Historical-Wargamers/302874659765417?fref=ts 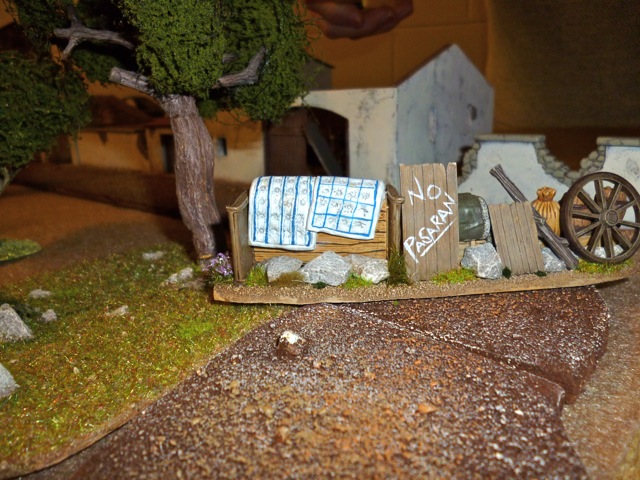 Our second attempt using the Bolt Action rules, and we got a few things wrong, mostly forgetting little bits n bobs. To help us next time round, I'm going to make up some roster sheets to use when putting together the lists, and adding reminders, that way we can refer to them to help jog our memories.
We had another good game, and by the end of the game, all four of us had the general jist of how the rules worked.
Next task now, is to start adding all the little nuances that make the Spanish Civil War an interesting period to game.

Now where did I hide all those half painted Moroccans?
Posted by NigelH at 14:06